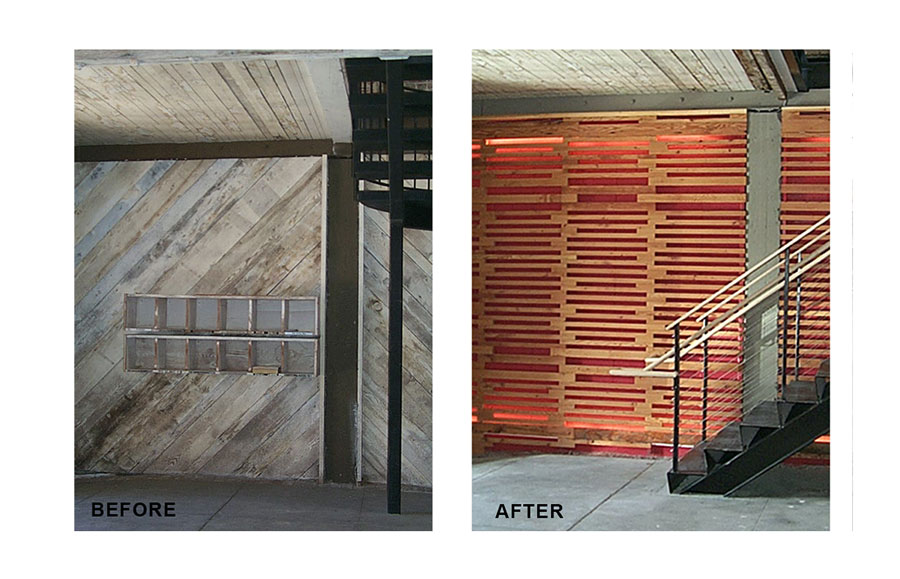 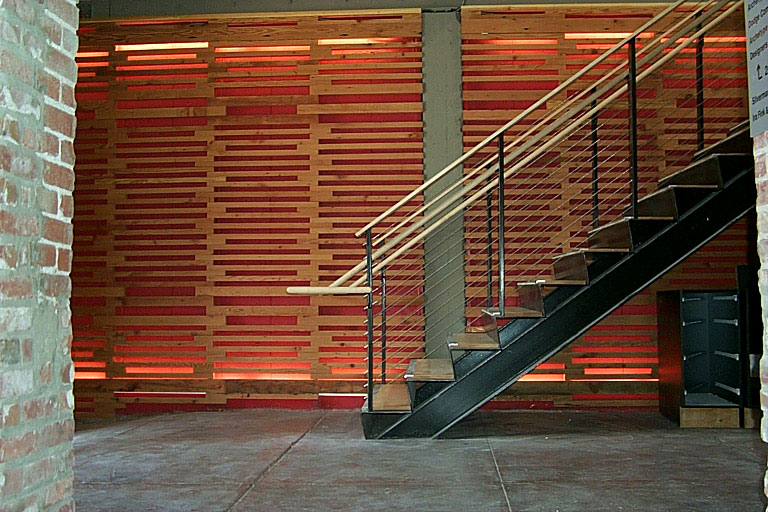 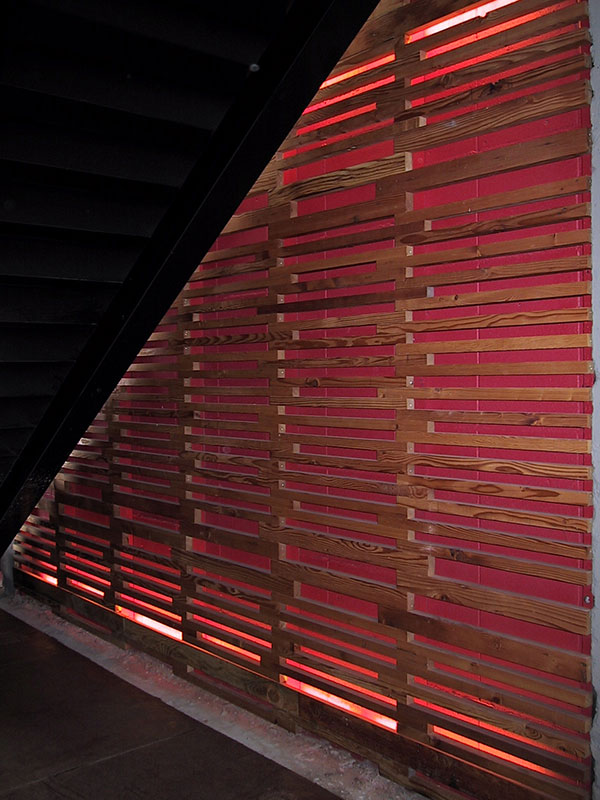 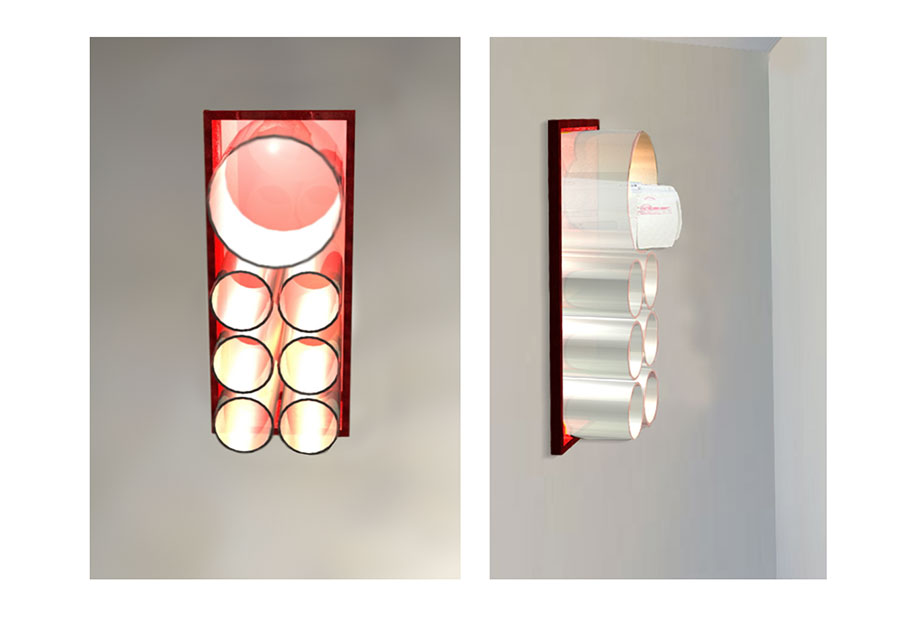 The renovation of this converted warehouse called for a redesign of the public spaces in the building. The rear lobby walls were covered in bleached lumber. A vibrantly new atmosphere was attained in the rear lobby by recycling this old lumber. The lumber was planed, cut smaller and re-installed on furring studs over the existing masonry wall and painted red. Lights were installed behind the wood slats, illuminating the wall from top to bottom. The existing steel and brick tile balcony and stair were replaced by a light maple bridge and stair. The front lobby was opened up by removing partial walls and replacing the solid guardrail with a steel bar and cable guardrail. A new, backlit, plexiglass mailbox was designed for the lobby as well.