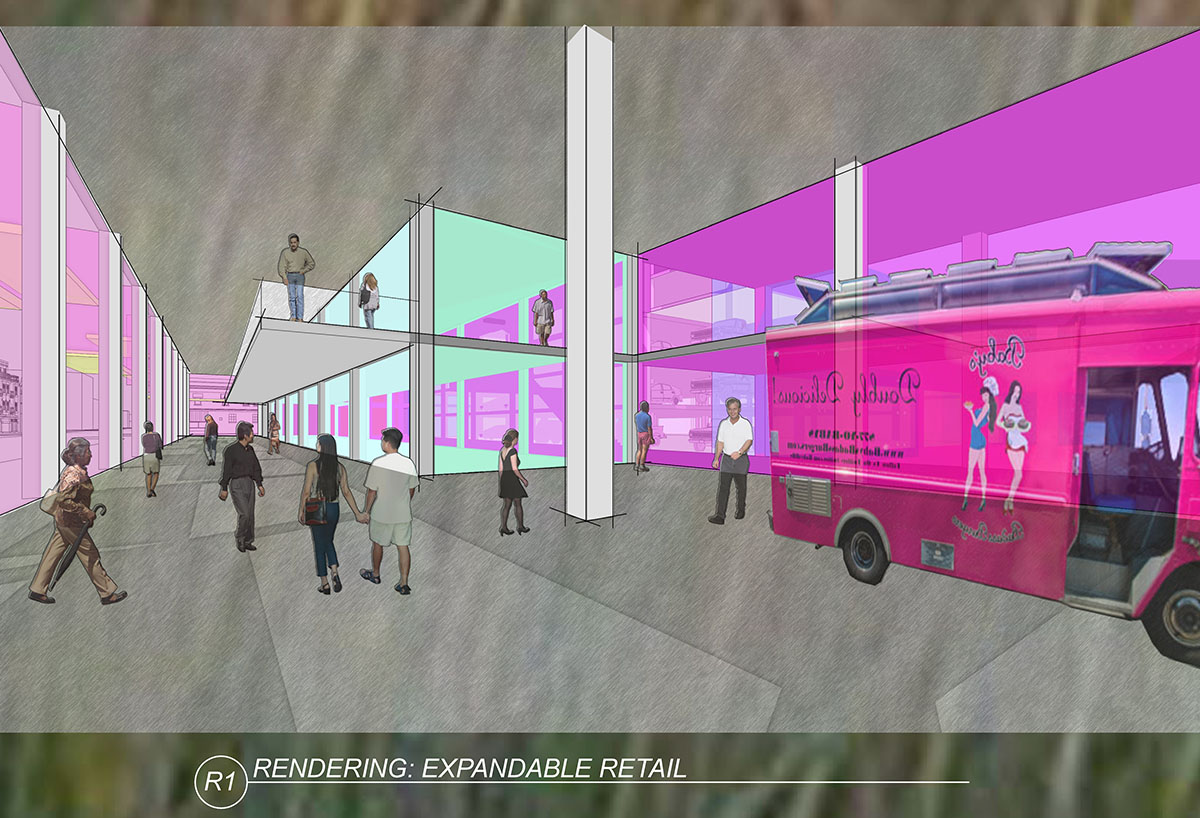 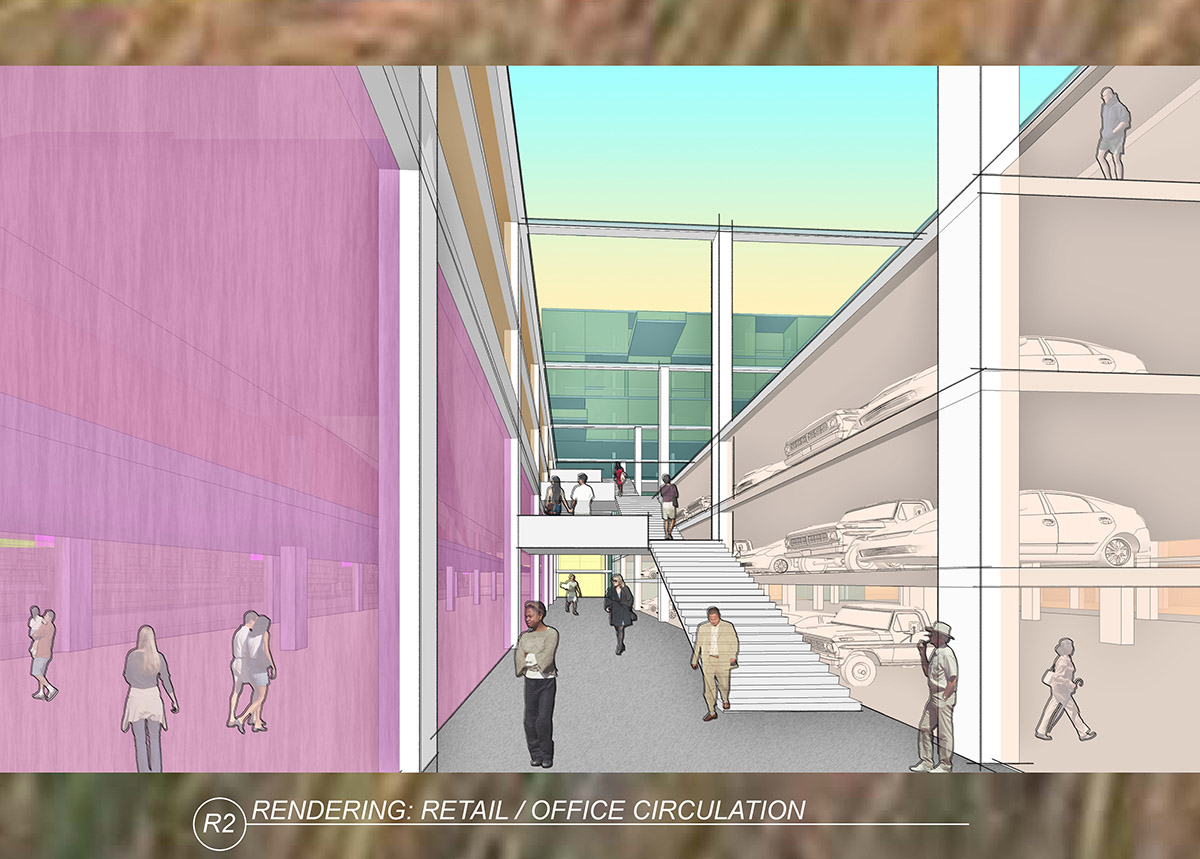 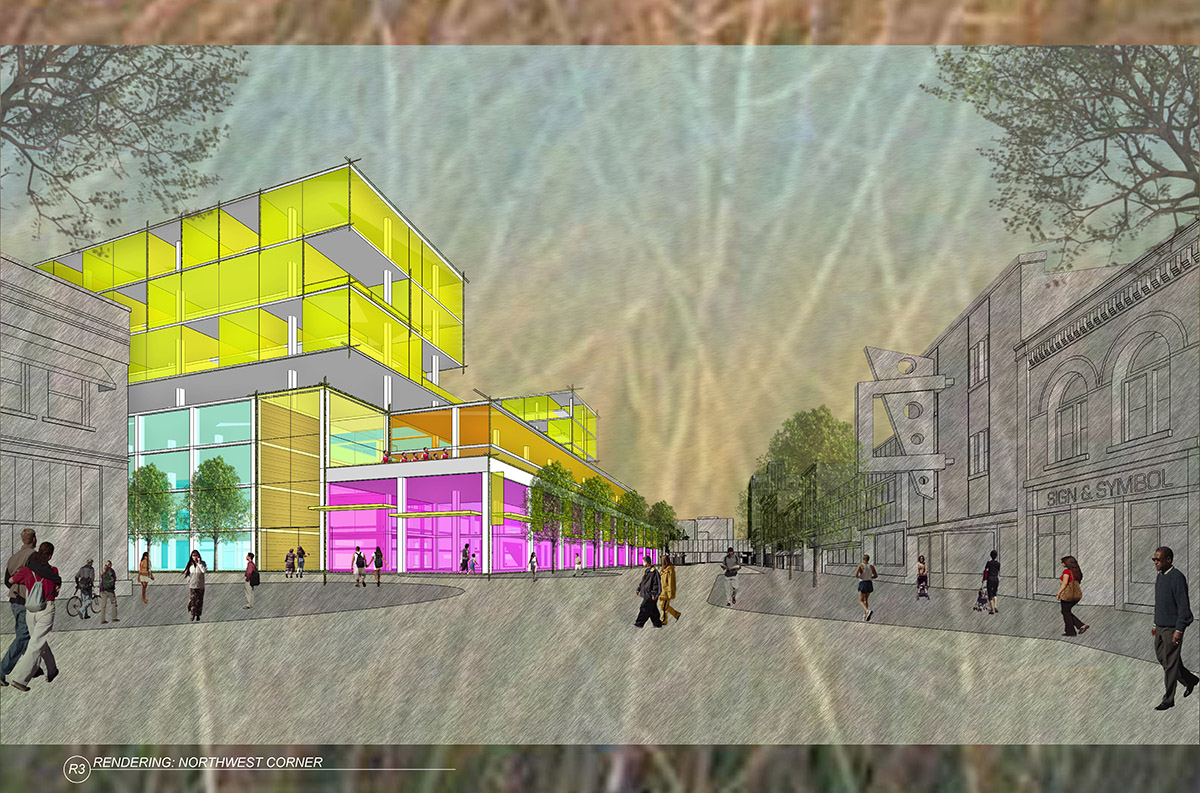 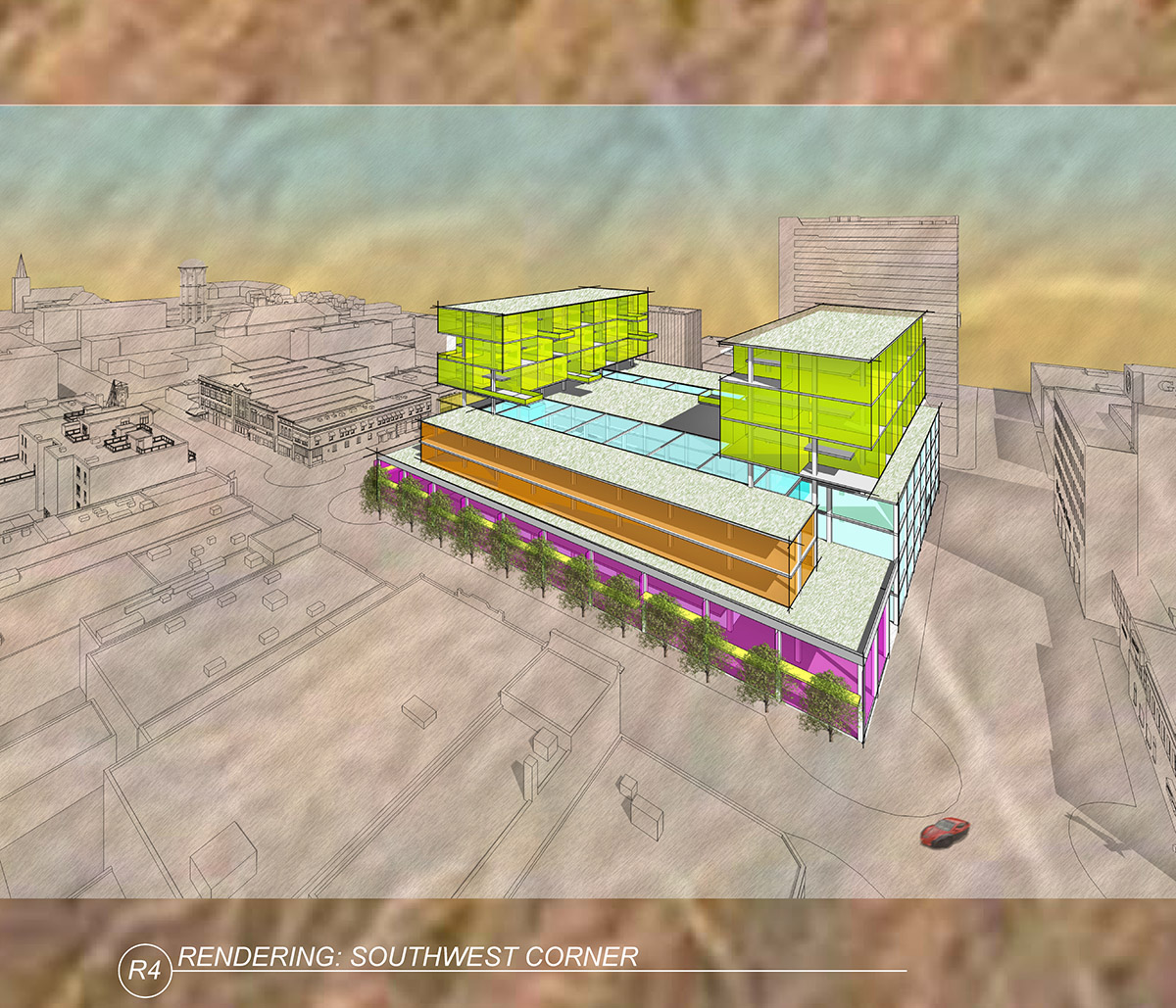 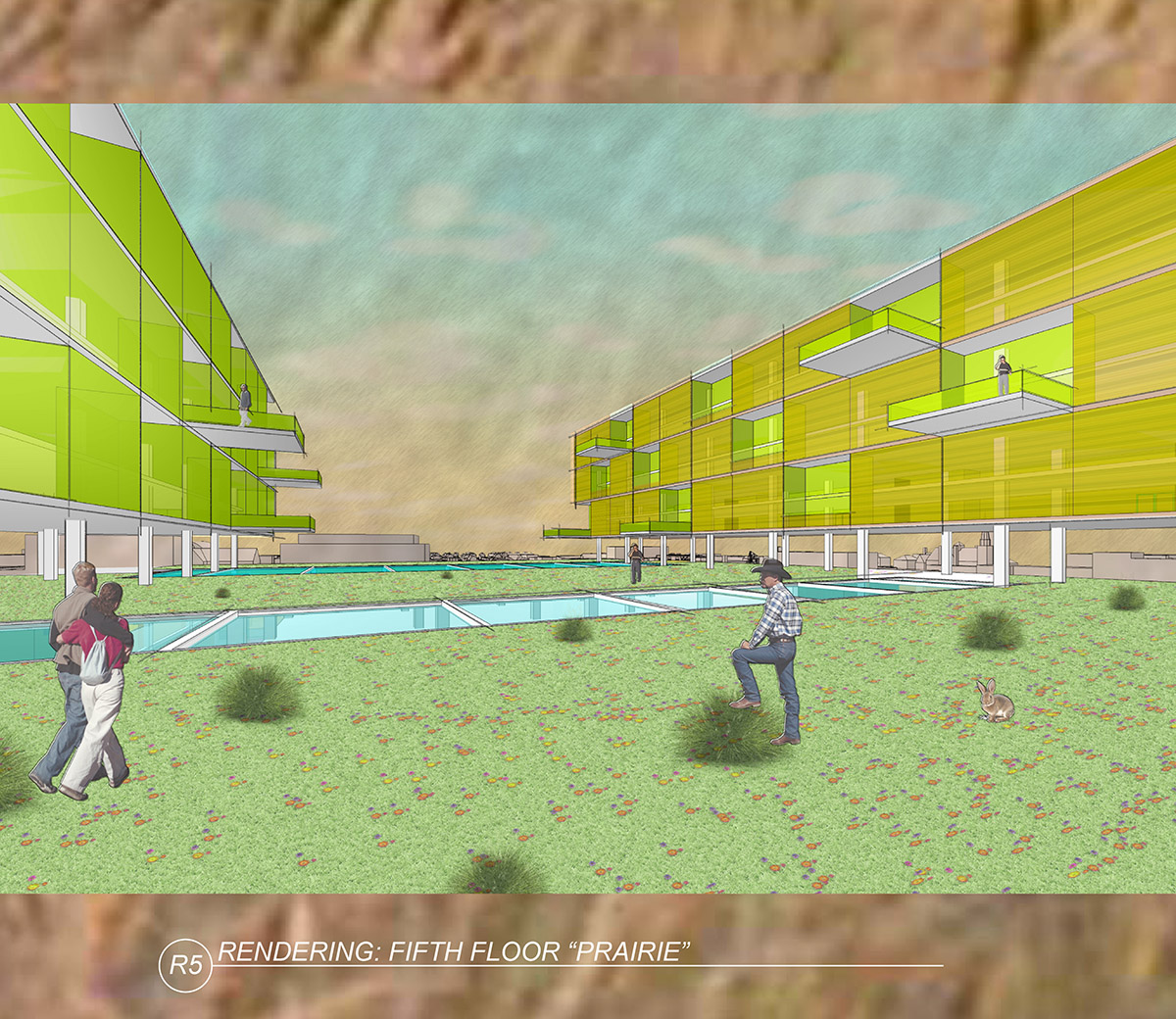 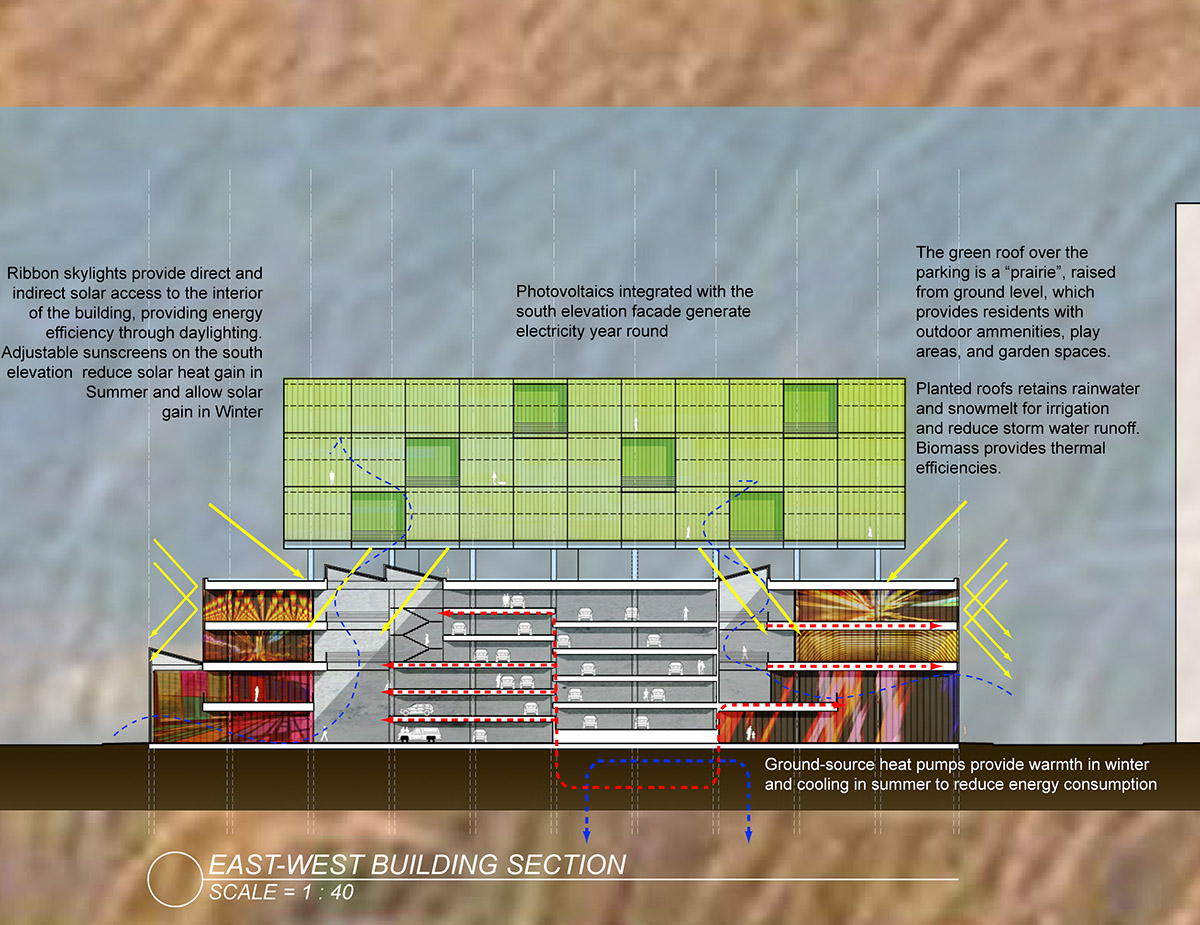 We knew that we wanted to open the project to the historic street frontage along Broadway while respecting the general scale of the existing streetscape. Other important factors were the Fargo Theater and its iconic marquee, the winding Red River that forms the eastern state line, the concept of the ‘City on Stilts’, the extremes of the North Dakotan weather and the strength of the Great Plains.

What we developed from these foundational elements was a project that is really broken into three distinct buildings. The first is a four story, sixty foot high building with retail on the first two floors and office above on the third and fourth floors. Along Broadway the building drops to 2-stories with the office floors recessed. We have extended the public sidewalk into the building along Broadway creating a space that will be open to the street in the summer and during the winter provide a conditioned public use zone. The public space extends into the middle of the block with a sunlit atrium that extends up through all four floors to the roof.

On top of this first building is quite literally a ‘Prairie on Stilts’. The prairie will be planted with a mix of native prairie grasses and will be accessible to all including native wildlife. Above the prairie level will float two three-story housing bars each with +/-50 units. Each of the 900 square foot residential units is 20 feet in height with a mezzanine at the back half.

We proposed a series of strategies to lessen the impact of the building on the environment while bettering the quality of experience for those using the building. Those include access to daylight via atriums, geothermal heat exchange, rooftop photovoltaics, storm-water filtering through the prairie planting and storm-water collection for use in irrigation.