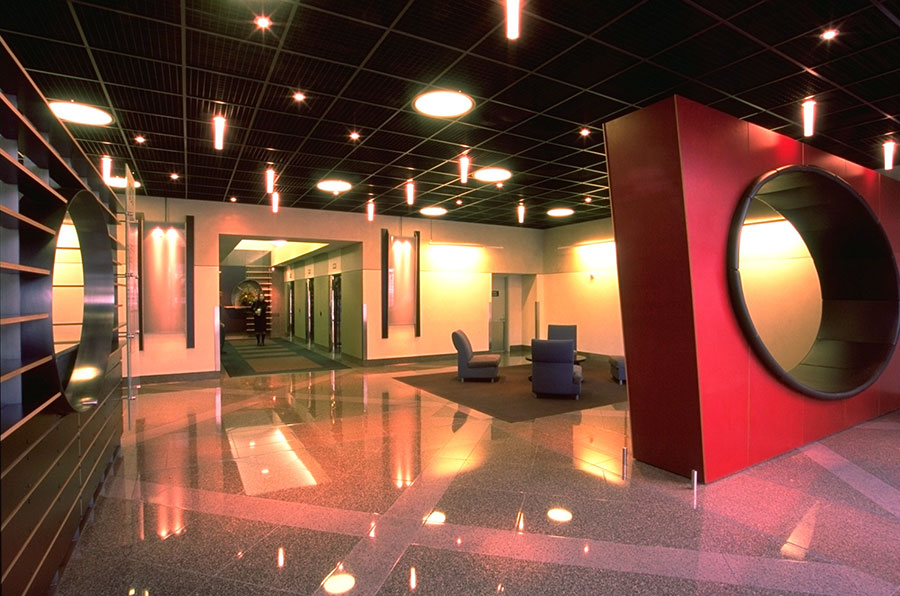 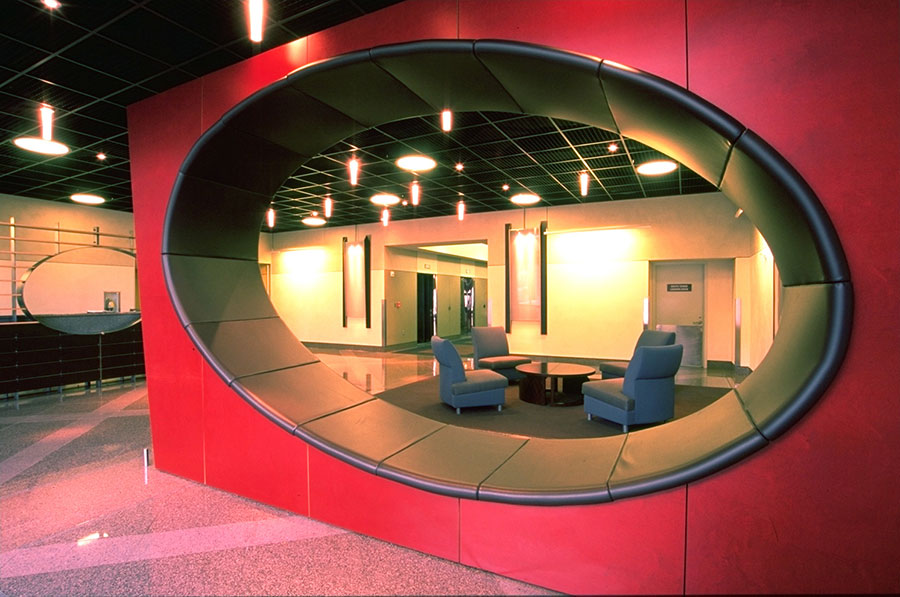 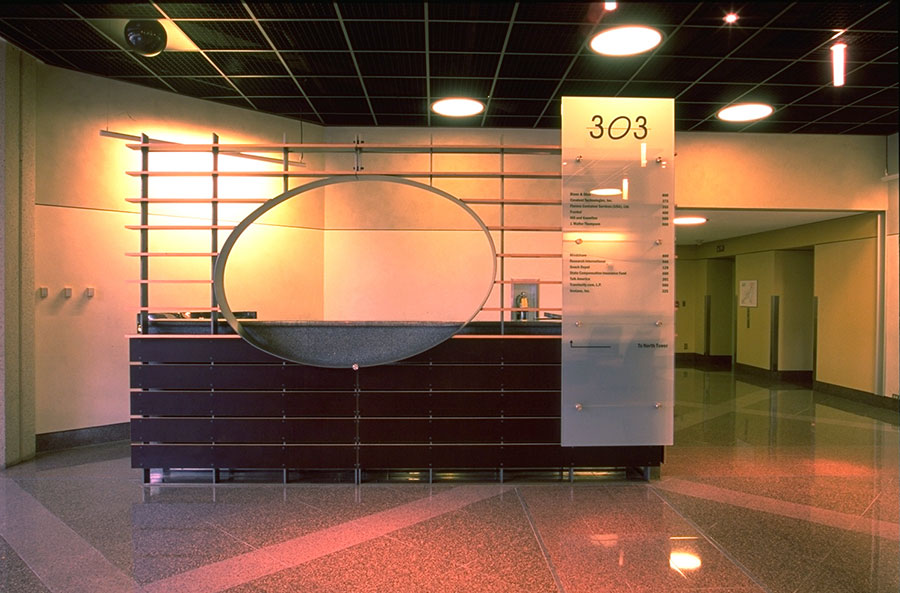 We were hired by Ellis Partners in 2003 to give their building at 303 2nd Street in San Francisco a strategic facelift. At the heart of Silicon Gulch in the SOMA district and blocks from AT&T Ballpark, the building was in a sought after location for computer start-up companies. The 1980’s designed building, however, was dated and unattractive to prospective creative-minded tenants. In addition, the building had two separate entrance lobbies connected only by a narrow and uninviting corridor. Ellis Partners hired us to redesign both lobbies and to renovate the link between the two; they wanted the project to be completed on a tight budget and with minimal disruption to the existing tenants in the building. To that end, we decided to leave the existing stone flooring in place to reduce cost and maintain tenant access. Rather than replacing the whole ceiling we simply had the lay-in tiles removed and painted the existing grid and above ceiling ducts and pipes black - with the addition of some interesting light fixtures the ceiling was transformed. We also left the existing reception desks in place and added new fronts to give them a fresh appearance. Since the renovation the building has continued to be an attractive destination for high-tech and creative enterprises.