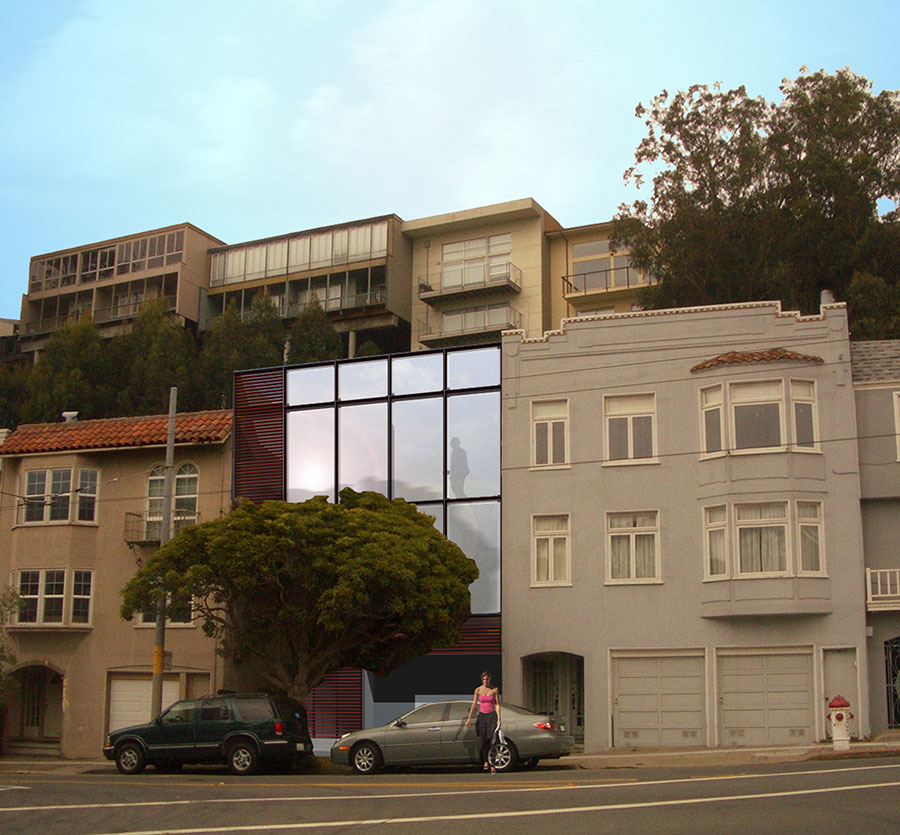 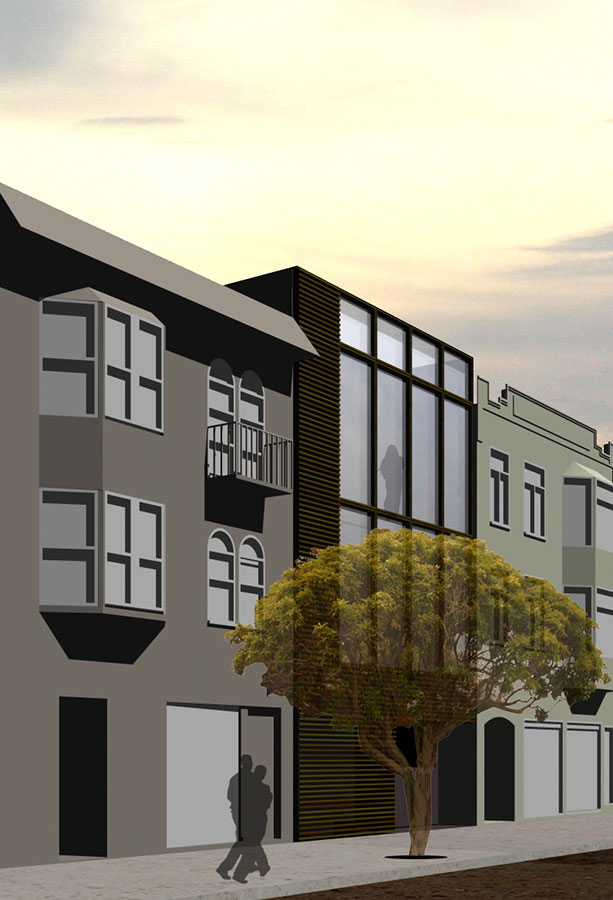 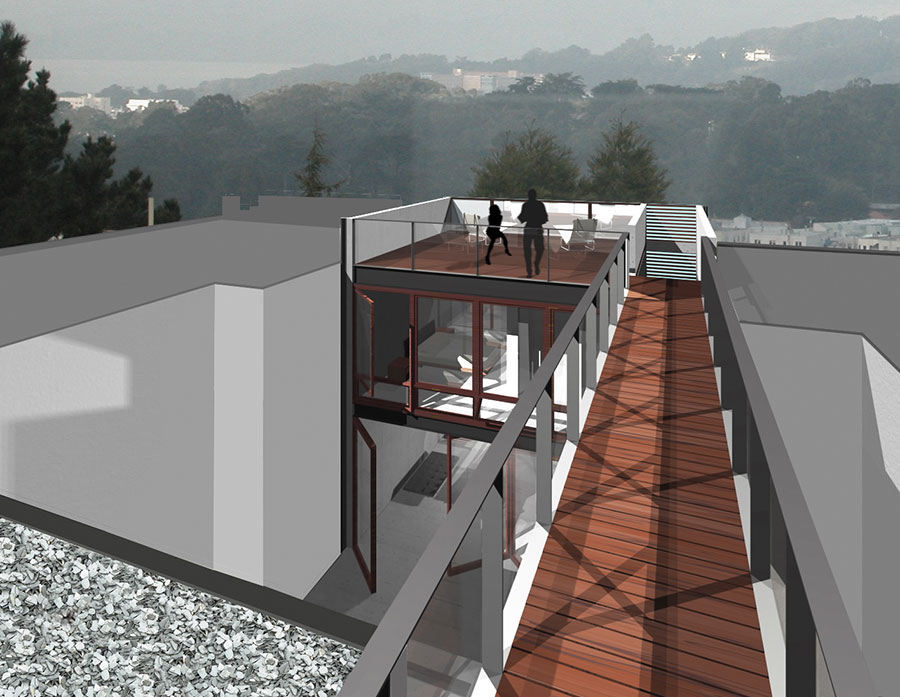 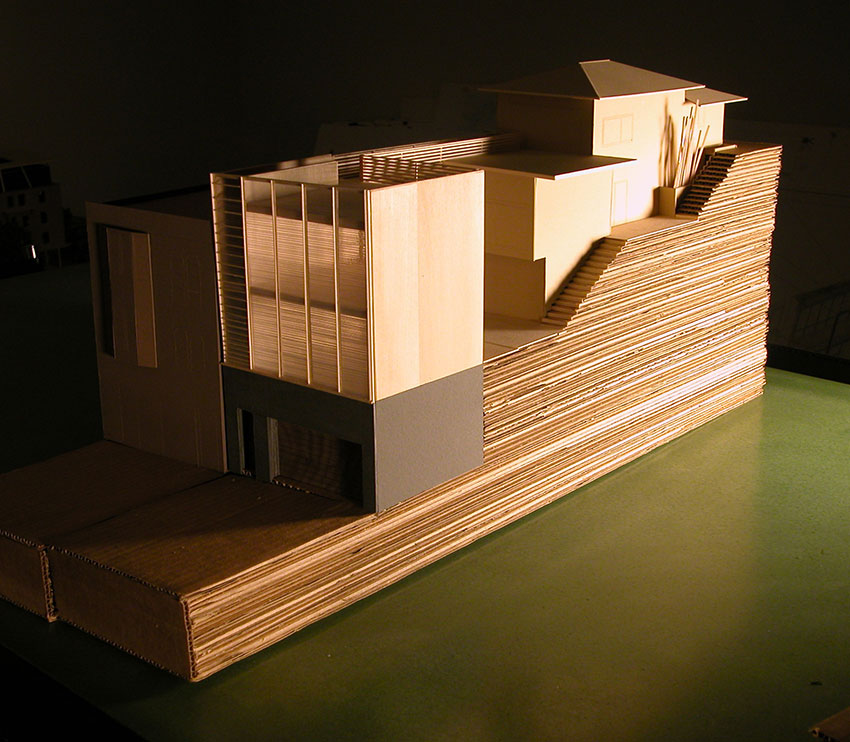 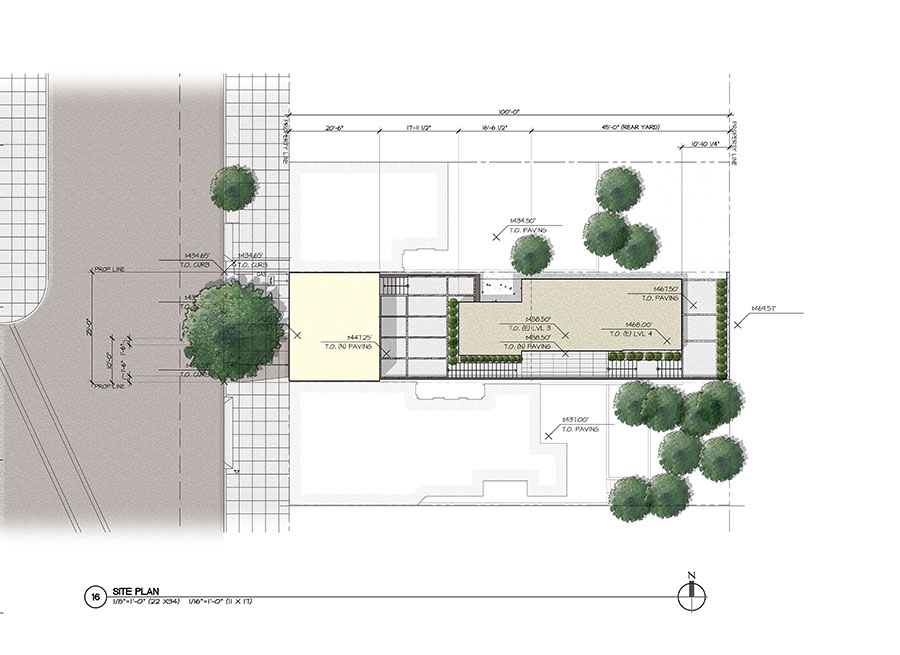 A couple came to us looking for a contemporary addition to a house they recently purchased in the Haight-Ashbury district of San Francisco. One of the two owners, a set designer in the movie industry, sought out our firm after seeing some of our previous work. The house they had purchased was an existing 1,480 square foot house on two levels and was set back 40 feet from Ashbury Street on a 100 foot deep inclined site. The new addition was to be 2,000 sq ft of new space on three floors, including a new 2-car garage at street level, a studio at the 2nd floor and a guest suite on the 3rd floor. The addition includes a secluded central courtyard at the 3rd floor connecting the new addition and the existing house as well as a roof deck that connects to the existing house via a dramatic bridge element.